It seems unbelievable that it has been almost a year since writing about Bart’s  last fun day. Time has sped by so quickly and we are swiftly coming to the end of her time in playgroup.

My wee toot who was in nappies and couldn’t walk without holding on when we brought her home, will be going to school after the summer holidays.

The sky was overcast today and there was a little rain shower in the middle of the morning, but the kids again had a great time. The bouncy castle was a huge hit, along with the bicycles and balls to play with. 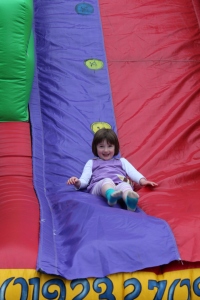 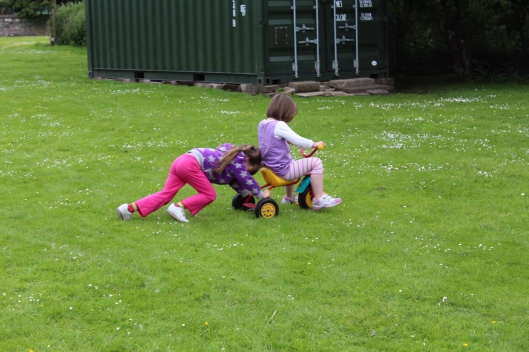 The children had a mini sports day and Bart came first in the running race. 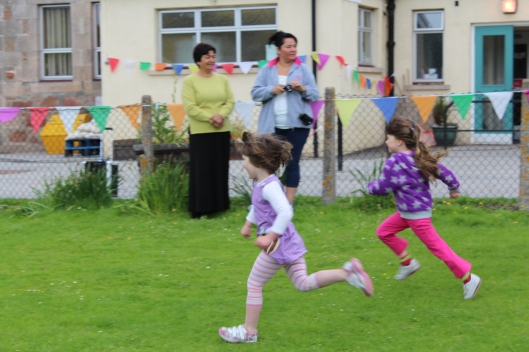 After play was finished and the castle deflated, the children who are heading onto “big school” this year, put on hats they had made themselves to have their graduation ceremony. 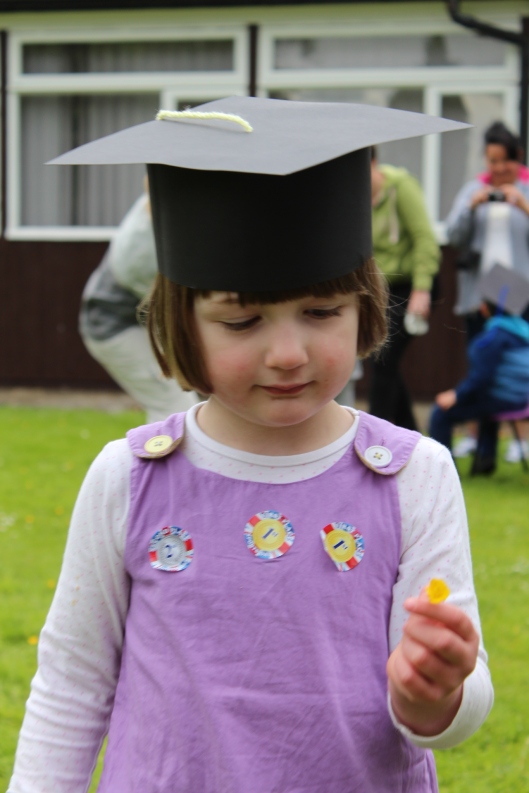 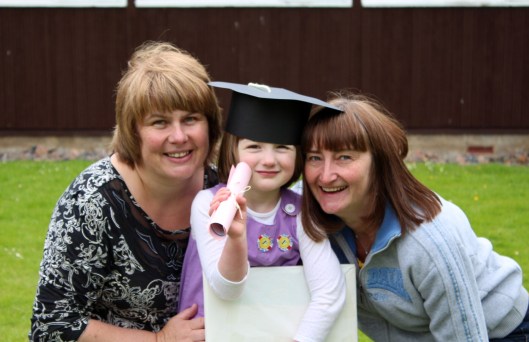 It is amazing to think how fast these last three years have flown. I remember going into the playgroup to register AJ, and the filling out of paper work made the fact we were getting these two little girls seem so much more real. It seems strange now that as I was writing AJ’s name on the forms, I had no idea what my daughters even looked like.

Those early months were sometimes a blur and I think Nicola and Viv, the playgroup leaders, must have noticed the dazed, shell-shocked look in my eyes. They were always supportive and sometimes just a kind encouraging word from either of them helped me through another day.

Now AJ will be heading into her third year at primary school and Bart will be going into primary one. There is only a week to go before summer holidays start and another chapter of my life begins. Both of my little ones will be school girls.

When people ask what will I do with both children in school, I joke and say ‘party for the first week’ but now that it is nearly here, I am not sure if I am ready.